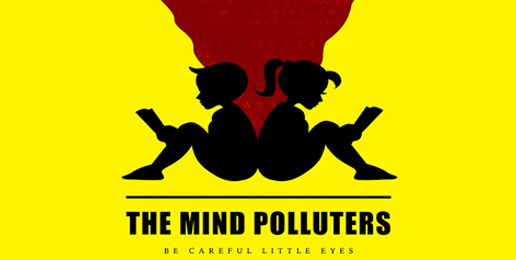 From the creators of “Inwood Drive” comes a powerful new investigative documentary film about the graphic Comprehensive Sex Ed and Social Emotional Learning being forced on children of all ages through the education system. For Christian parents, public schools are not a safe or neutral venue for their children’s education. The Mind Polluters exposes the dark realities of the intentional grooming of children into a worldview at odds with the Christian faith, a worldview of rampant sexuality, homosexuality, and transgenderism normalized through the use of pornographic and pedophilic materials.

“The Mind Polluters” is a feature length investigative documentary film that follows the efforts of grass roots volunteers, legislators and Christian academics to expose and stop the efforts of corrupt organizations and groups to infiltrate the nation’s school systems with pornographic and pedo-sadist (pedophilia) materials. The film not only shows the brutal battle being waged right now to force both public and private school systems to indoctrinate children as young as pre-school age with materials so heinous that they are illegal everywhere else except in the classroom, it also explores the history of the pornography battle in the United States for the past 75 years.

This documentary is a must-see for pastors, Christian grandparents and parents of school-age children, and Christian couples who plan to have children.

We are providing the documentary at 4 locations. The event is free for attendees. But you must pre-register to attend.

This documentary is NOT suitable for children. We ask that you not bring them.